Barcelona are reportedly willing to move on up to nine players this summer, the Catalan giants are planning a major overhaul of their squad ahead of next season.

According to Spanish news outlet Sport, last night’s Copa Del Rey final defeat could be the last game in Barcelona colours for up to nine players. The Catalan giants are planning a major overhaul this summer, the club’s hierarchy will need to move on several stars in order to fund new signings for the summer transfer window.

The least surprising exits will be that of loanees Murillo and Boateng, fans were surprised when the pair were signed and the duo have barely made an impact in the first-team. Murillo will return to Valencia and Boateng will head back to Italian side Sassuolo. 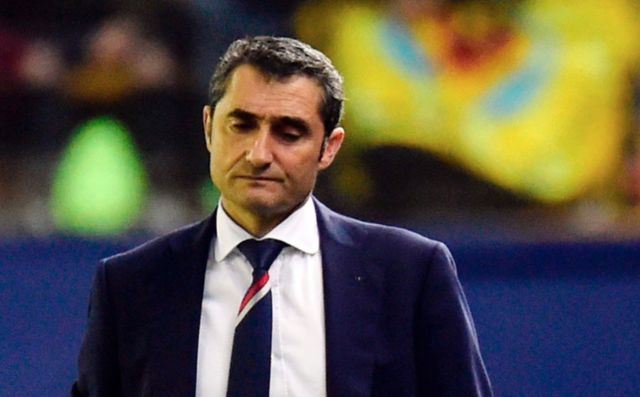 Ernesto Valverde’s future as boss could be uncertain, a Champions League collapse and a shock defeat to Valencia in the Copa Del Rey final could spell the end of his reign as manager.

Vermaelen has been plagued with injuries during his time in Barcelona and the former Arsenal star is set to leave the Camp Nou outfit once his contract expires this summer.

Rafinha is the other injury-troubled star that looks to be shown the exit door this summer, at 26 years of age the ace still has the chance to reach his potential if he’s given a chance by a top European club.

News that Barcelona are considering the sales of Ivan Rakitic and Samuel Umititi will be like a red alert to some of Europe’s biggest sides. 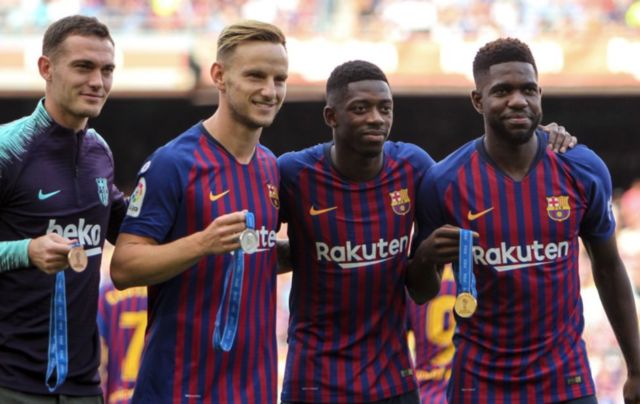 The potential exits of Umtiti and Rakitic could have a massive impact on the first-team.

According to the Metro via French outlet L’Equipe, Arsenal are plotting a £44m move for Umititi, the Gunners will look to sign the World Cup winner as a replacement for compatriot Laurent Koscielny, who could leave the Emirates Stadium this summer.

The Frenchman suffered a serious knee injury which could persuade the Catalan giants to cash in on him.

Barcelona should be focusing their attention on selling Philippe Coutinho in the transfer window, the Brazilian has been seriously underwhelming since joining the Blaugrana in a deal worth up to £142m, according to BBC Sport. 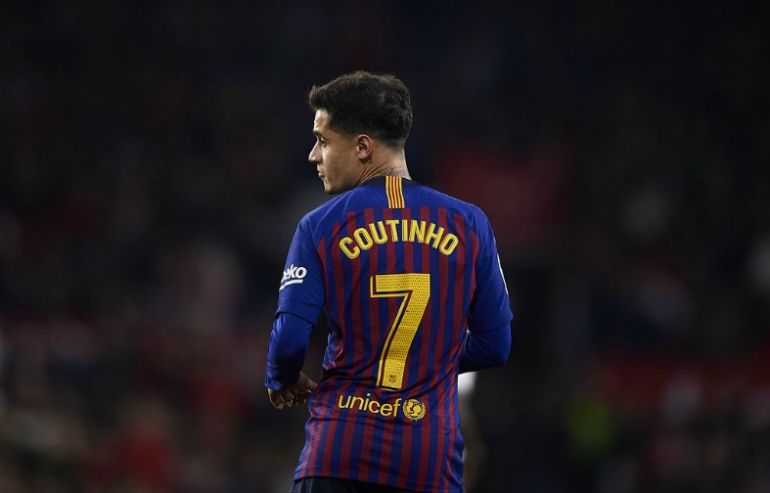 Coutinho has failed to live up to expectations since his move to the Camp Nou.

Maybe Coutinho will eye a return to the Premier League to get his career back on track.

In the case of Malcom, the winger has experienced ups and downs during his first season with Ernesto Valverde’s side, however the Brazilian could benefit from a move away as he’d be able to secure more regular playing time, allowing him to fulfil his potential.

Barcelona missed a glorious chance to take over as the best team in Europe this season after Real Madrid’s fall from grace, Messi and Co. were expected to life the Champions League before their second-leg collapse against Liverpool.