Liverpool are reportedly preparing an opening offer of around €25million for the transfer of Real Sociedad defender Diego Llorente.

The Spain international has had a solid season in La Liga and could now be Premier League-bound, with other clubs also mentioned as potential suitors.

According to the print edition of AS, as translated by Sport Witness, Llorente has a €50m release clause but could realistically leave for around €30m, with Everton and Newcastle also interested in his services.

Llorente could be a particularly important signing for Liverpool, however, as they look so close to being able to take the Premier League title off Manchester City.

The Reds ended up just a point behind City in second place this term, and also have the Champions League final to look forward to next week.

With better cover for the injury prone Joe Gomez, LFC could finally end their long title drought next year.

Llorente could well prove to be the ideal player to add some depth to that defence, while the 25-year-old is also an option in defensive midfield. 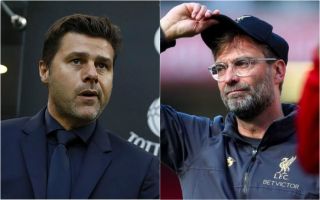