Manchester United are willing to allow one of their out of favour stars leave the club in a cut-price move this summer, the ace is no longer a part of the first-team.

According to Mirror Football, Manchester United’s hierarchy are willing to offload defender Marcos Rojo for as little as £6m this summer, the combative Argentinian joined the Red Devils in 2014 for a fee reported to be £16m by BBC Sport.

Rojo has battled with serious injury problems since a knee injury in the Europa League over two years ago, the star has been limited to just six appearances across all competitions for the Red Devils this season. 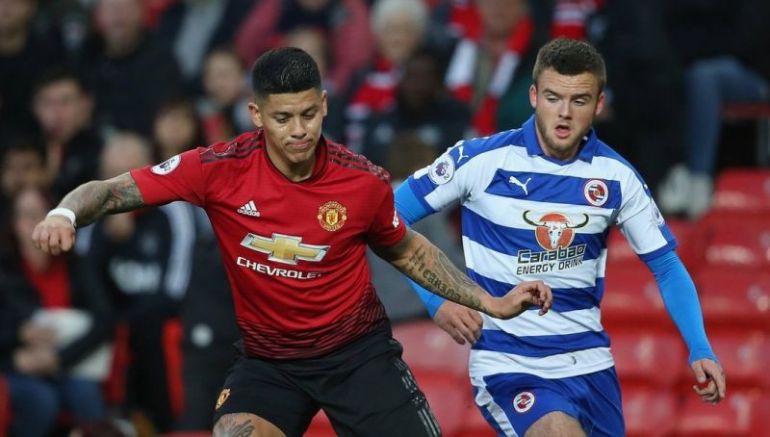 Rojo could consider a move away from Old Trafford in order to get his international career back on track, the versatile defender has been left out of Argentina’s Copa America squad for this summer’s tournament and the 29-year-old revealed to Mirror Football that his primary ambition for the future is to return to the national team.

There are currently conflicting reports surrounding Rojo’s future, despite his ambition to return to the national team, Rojo has stated that “he would like to stay at United, for now”, according to Sky Sports via El Dia, the ace revealed that Ole Gunnar Solskjaer held talks with him recently and told the star that he would be a important player for the first-team once he returns to full fitness.

Rojo also revealed that he was approached by Argentinian giants Boca Juniors, however the defender would like to continue playing in Europe until he’s older.

Rojo’s long-term ambitions seem to be a dream return to boyhood club Estudiantes, the defender revealed that a return to his hometown would be the “cherry on the cake” of his career.

As per Mirror Football, Rojo earns a whopping £120,000-a-week at Old Trafford, this would make a return back to Argentina almost impossible – no club in his homeland could come close to matching this wage.

Solskjaer has a massive rebuild on his hands this summer, the Norwegian needs to get rid of a lot of deadwood before signing some new players that will hopefully, for his sake, help return United to their former glory.