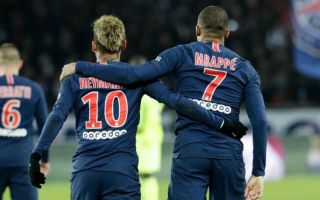 The Premier League champions would likely need to pay around £264million for Neymar, and look prepared to part ways with three first-team stars in order to do it, according to Don Balon.

The Brazil international is undoubtedly one of the best players in the world on his day, though some will question if he’s necessarily the right fit for Pep Guardiola’s side.

This City outfit are very much team players, with no real stand-out individual in the side as the likes of Sergio Aguero, Raheem Sterling, Bernardo Silva and others share the limelight.

Still, it would be hard to turn down Neymar if there were an opportunity to bring him in, and it seems MCFC are ready to do what they can to fund a big bid.

Mahrez has had a disappointing first season at the Etihad Stadium so makes sense as a player the club could try to sell, while Jesus has also struggled to establish himself as a regular starter.

Sane, meanwhile, has been linked with Bayern Munich by the Guardian and one could again understand the temptation to sell the Germany international as he’s not established himself as a regular starter either.

Replacing those three with Neymar would have to go down as pretty decent business, and it would no doubt be exciting for neutrals to see the former Barcelona star make his way to the Premier League.