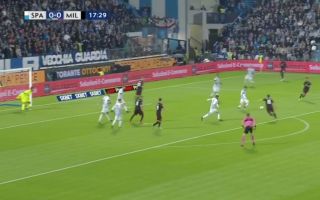 Hakan Calhanoglu and Franck Kessie scored a quick-fire double this evening, as the duo gave AC Milan a huge boost in their hopes of qualifying for next season’s Champions League.

Milan need to win today and hope other results go their way if they are to secure a top four finish this campaign, and they gave their chances of doing so a big boost following Calhanoglu and Kessie’s strikes.

Calhanoglu’s goal came after a ball to the edge of the box found the Turk, who fired home first time to hand Milan the lead, with Kessie then firing home a few minutes later following some neat footwork in the box.

How important will these goals be for Milan in their hopes of qualifying for next year’s Champions League? Looks like only time will tell…