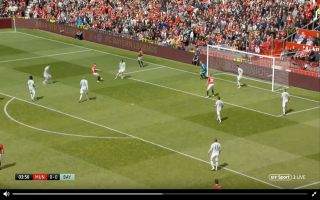 Manchester United manager Ole Gunnar Solskjaer has shown fans that he’s still got it after scoring for United in a legends match against Bayern Munich.

Ole Gunnar Solskjaer had to be the man to open the scoring for the Red Devils in their legends matchup against Bayern Munich, that’s commemorating their historic late comeback against the German giants to win the Champions League and secure the treble 20 years ago.

Icon David Beckham showed that he’s still an expert crosser of the ball by teeing the ball up for Dwight Yorke, the Trinidadian’s shot was saved and Yorke pulled off a clever back-heel to Jesper Blomqvist and the Swede slid the ball across goal where Solskjaer was on hand to slot the ball into the back of the net.

It was like nothing has changed for United in the last 20 years.

Check out Solskjaer’s strike below:

..and Solskjaer has won it! #Treble99 pic.twitter.com/IvkAYI4NT3

Bayern Munich’s Twitter account couldn’t believe that the Norwegian struck a crucial below against them, 20 years after that famous night:

Solskjaer will be hoping to pass on his natural goalscoring instinct to United’s current stars like Marcus Rashford, Anthony Martial and Romelu Lukaku, the Red Devils need to be more clinical if they are to push for a Champions League spot next season.