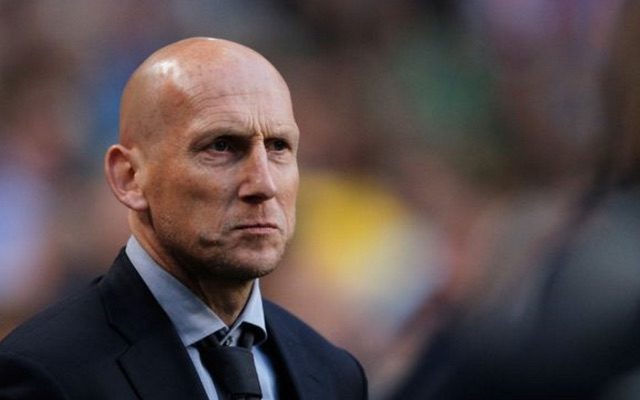 Jaap Stam has thrown his support behind Man Utd’s reported pursuit of Ajax defender Matthijs de Ligt as he believes his compatriot is an ideal fit at Old Trafford.

The 19-year-old firmly established himself as one of the top young players in Europe this past season, playing an influential role in Ajax’s domestic double coupled with their run to the Champions League semi-finals.

De Ligt made 55 appearances in the campaign, and in addition to his defensive work, he added seven goals and four assists to his contribution to the team.

Coupled with his increasingly vital presence for the Netherlands, he has a very bright future for club and country ahead of him, but it remains to be seen where he will ply his trade at club level beyond this summer.

As noted by The Sun, both Man Utd and Barcelona are said to be interested in him, and Stam has insisted that he would be a great signing for the Red Devils as he would fit the mould of what Ole Gunnar Solskjaer is trying to build at the club in the coming years.

“I think he would suit very well over here if they’re trying to pick him up,” he is quoted as saying by The Sun. “I am not sure if that’s the truth, of course, because a lot of things have been said and have been written as well.

“But he is a player that absolutely fits in here, but it is up to him as well.

“He’s the type of player that a manager, I think, wants to work with.”

ESPN have previously reported that Barcelona were closing in on signing the Ajax captain in a deal potentially worth around €80m, but United are seemingly still in the running for his signature and will try to fend off the competition from the Catalan giants.

It certainly appears to be an area in which they need to improve next season, as having conceded 54 goals in 38 Premier League games last year, they had the worst defensive record of the top nine sides in the standings as they failed to qualify for the Champions League.

With his physical presence, reading of the game, aerial prowess and all-round game to also build out from the back, De Ligt would surely be an ideal solution to the problem, and a long-term one given he’s still a teenager and has his whole career ahead of him.