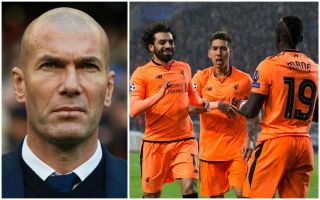 According to Don Balon, the Netherlands international would be Zidane’s preferred choice to replace Sergio Ramos in the Madrid defence, though the potential deal is described as an ‘impossible dream’.

Liverpool will surely not be entertaining any offers for Van Dijk, who has been an absolutely immense signing from Southampton in the year and a half he’s been at Anfield.

The Reds made him the world’s most expensive defender when they signed him from the Saints, and it’s not hard to imagine his value could well have doubled since then.

Van Dijk has helped make Jurgen Klopp’s side far more solid and organised at the back, and turned them into genuine contenders for the biggest prizes like the Premier League and Champions League.

Don Balon also link Real Madrid with other big names in defence such as Marquinhos and Milan Skriniar, who would surely be far more realistic even if they’re not in the same league as Van Dijk.

Los Blancos are used to signing whoever they want and have a record of splashing out on ‘Galacticos’ like the 27-year-old, but this one is surely out of even their reach.