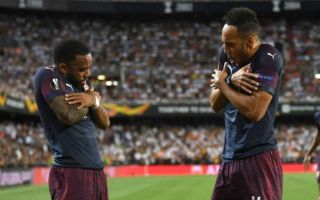 Arsenal striker Alexandre Lacazette has made it clear he really enjoys playing alongside Pierre-Emerick Aubameyang in attack for the Gunners.

In what sounds like a thinly-veiled message to Arsenal manager Unai Emery, Lacazette has made it clear he and Aubameyang have what feels almost like a telepathic partnership up front.

The pair have certainly been a joy to watch together this season, and took Valencia apart in the Europa League semi-finals.

Both players scored all seven goals across both legs against Valencia, with Aubameyang hitting four and Lacazette netting three.

Chelsea will no doubt be a tougher test for the north London giants, but it seems most of the club’s best performances in Emery’s first season in charge have come with two up front.

It remains to be seen if the Spanish tactician will go for that in Baku, but he could do well to take note of Lacazette’s words here.

‘Of course it is always better to play together, but when one plays and the other stays on the bench you just have to help the team when you can,’ the Frenchman is quoted in the Daily Mirror. 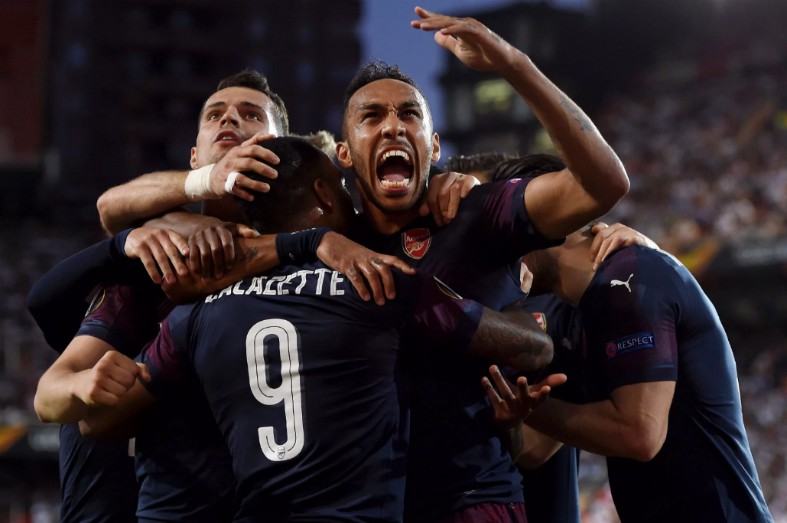 Will Arsenal go with two up front in the Europa League final vs Chelsea?

“Yeah (it does feel telepathic), but sometimes it is wrong! Sometimes he goes left and I put the ball right. But normally we work a lot to be on the same wavelength. We want to be as perfect as possible.

“Of course, the coach knows we want to play together but of course he has to make a choice and we have to respect them. Playing with Auba is always a pleasure for me.”