Leeds United saw their season end in bitter disappointment this time round, but Marcelo Bielsa will be back to lead their charge next year.

The Championship giants looked on course for an automatic promotion spot throughout the year, but they eventually fell short to Sheffield United and went into the playoffs.

Still tipped to at least get to Wembley as they prepared to face Derby County, it all went wrong in the second leg at Elland Road as Frank Lampard’s men secured their place in the playoff final.

Aston Villa eventually secured their place back in the Premier League alongside Sheffield Utd and Norwich City, and so Leeds will spend another year in the second tier trying to get back to the top flight.

As confirmed by the club in an official statement on Tuesday, as seen in the tweet below, Bielsa will remain at the club for another crack at promotion next season, and that will surely be music to the ears of all connected to the club.

Not only is that a boost in terms of avoiding an upheaval that comes with a new coach, but also that they should still have plenty of pulling power in the transfer market to bring in the players required to make it a successful year next season.

Time will tell if that occurs and whether or not they’ve learned their lessons from the setbacks of this campaign, but ultimately Bielsa’s reputation and track record in the game will ensure that they begin next season as one of the favourites to go up.

?? | #LUFC are delighted to confirm that Chairman @andrearadri has exercised the option to extend Marcelo Bielsa’s contract for a second season 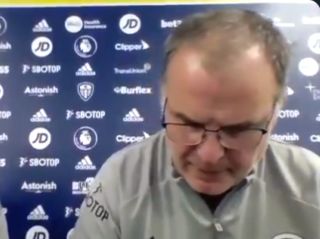 Video: Liverpool may have lost a key advantage in the title race after Bielsa admission September 11, 2020 0:16
Liverpool FC