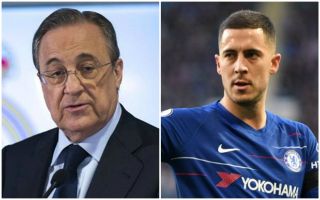 The Belgian winger has had his best season yet in a Blue shirt, contributing 16 goals and 15 assists in 37 Premier League appearances to help the team secure a third-place finish and Champions League football.

However, his superb individual displays have not gone unnoticed by Spanish giants Madrid, who have been linked with a swoop for his signature for the majority of the 2018-19 campaign.

According to Goal, the Blancos are prepared to launch a €130 million bid for Hazard when the market reopens and club president Perez has delivered an update on their transfer pursuit ahead of the Europa League final.

Hazard could be making his farewell appearances for Chelsea in Baku against Arsenal on Wednesday and although Perez is keen to respect the Premier League outfit as they prepare for the showpiece, he has also let slip his transfer plans.

“How are we supposed to talk to a club who are playing in a final?” Perez told Onda Cero’s El Transistor, as Goal reports.

“We’ve been trying for a number of years to make Hazard a Real Madrid player, but we haven’t achieved it yet.

“I’d really like Hazard to come to Real Madrid and really hope he does. He is one of the best footballers.” 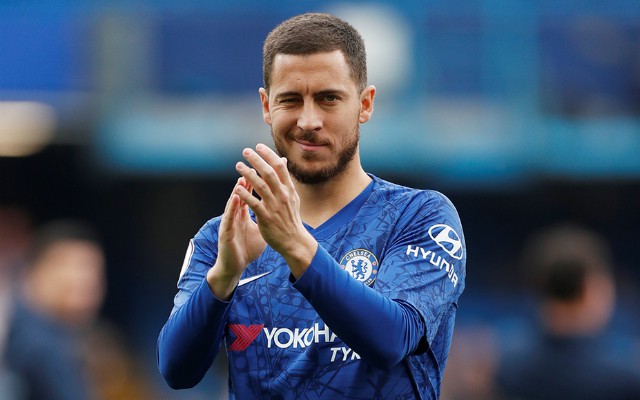 Major changes are expected at Santiago Bernabeu during the offseason and Hazard’s arrival could be the start of a revolution under Zinedine Zidane.

The Frenchman was brought back after a turbulent season which has seen Madrid fall down the pecking order at an elite level and even he has struggled to motivate a squad which seems devoid of imagination and confidence since his return.

Madrid are still football’s biggest superpower, however, and they have the financial muscle and prestige to attract the very best players in world football, which means their fall from grace is unlikely to be permanent.

Hazard has the experience and quality to lead from the front in the famous white shirt, with his Chelsea departure now seemingly an inevitability and at 28-years-old, a huge next step in his illustrious career awaits. 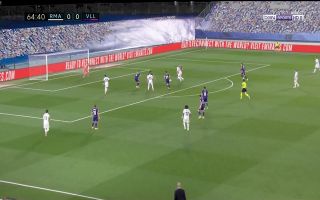