Lyon attacker Maxwel Cornet has admitted he is “flattered” by reports linking him with a summer switch to Liverpool.

The Ivory Coast international has been a bright spark in Ligue 1 this season, contributing seven goals and five assists in 27 appearances for Lyon, who finished third in the final standings.

According to Metro Sport, the 22-year-old is already in high demand ahead of the transfer window, with the likes of Watford, Fulham and Liverpool all thought to be monitoring his situation.

Cornet is contracted to remain with Lyon until 2021, but his revealing admission in an interview with beIN Sports suggests he would be open to moving to Anfield.

As per Metro Sport, the Ivorian told beIN Sports over the weekend: “I did not say I want to leave.

“We met [Jean-Michel Aulas] in January, and I said I want to extend [my contract], but talks were not successful.

“Liverpool are a big club – any links are flattering. My contract is until 2021, but you never know in football.” 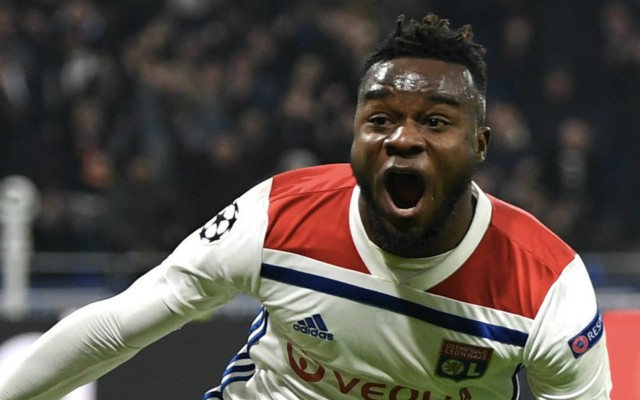 Maxwel Cornet in action for Lyon

Liverpool will be expected to make a few small changes to their squad when the market reopens, in order to keep pace with Manchester City at the top of the Premier League again next season.

Cornet’s latest comments amid strong links to the Reds will be encouraging for the club, as Jurgen Klopp aims to add more depth to his current squad.

The Lyon star has pace to burn and he can play as either an orthodox winger or a central striker, with an excellent eye of goal and a penchant for defence-splitting passes.

He would be an excellent addition to Liverpool’s ranks ahead of the 2018-19 campaign and he could compete with the likes of Mohamed Salah, Roberto Firmino and Sadio Mane for a regular place in Klopp’s starting XI.

No formal offers have been submitted yet, but Cornet’s situation will likely become clearer in the coming weeks, with transfer speculation set to intensify after the Champions League final between Liverpool and Tottenham on June 1.