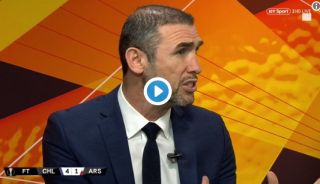 Unai Emery’s side were badly beaten 4-1 in Baku, with the team collapsing in the second half after a decent first 45 minutes.

"The type of player bought has become more technical, and the steeliness isn't there."

"Major change is needed. Emery has more desire than a lot of his players!" ??

Martin Keown isn't happy with what he's seeing from this Arsenal team… pic.twitter.com/DCvYCEe12n

Keown believes much of this is down to the mentality of the players at Arsenal, most of whom were Wenger’s signings.

The former defender hopes Emery gets more time and money to invest in improving this squad, as he feels the Spanish tactician has a better mentality than most of this squad and that he feels sorry for him.