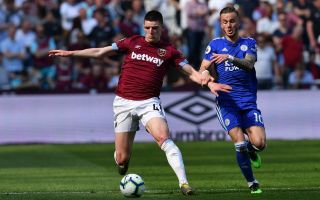 West Ham United midfielder Declan Rice has shut down any talk of a transfer following recent speculation linking him as a target for Manchester United.

The England international had a superb 2018/19 season in the Premier League, becoming one of the most important players in Manuel Pellegrini’s side and making his debut for the Three Lions.

MORE: Manchester United and Chelsea at front of the queue for transfer of £88million star

This has seen Rice linked by the Daily Mirror with a potential £50million transfer to Man Utd, where he’d surely be a superb long-term signing and ideal upgrade on the likes of Fred and Nemanja Matic.

However, the youngster himself seems happy to remain where he is right now after recently signing a new long-term contract with West Ham.

“I know there is speculation,” Rice is quoted by ESPN. 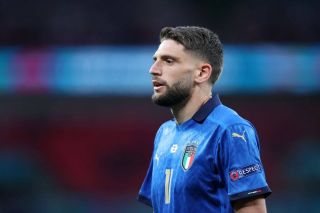 “During the season last year I signed a five-year contract with West Ham. My focus is fully on playing for West Ham. I’ve got a great connection with the fans — I love them, they love me.

“That’s the way it is at the moment. I’m not thinking about anything else.”

United may have to look elsewhere to strengthen in midfield this summer, with the club also linked with Lyon star Tanguy Ndombele by L’Equipe and others.

Rice may be one to look at again in the future, however, as a player that good surely won’t be sticking around with the Hammers forever.