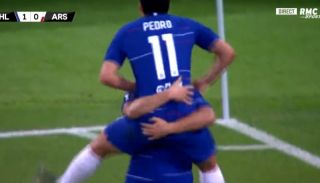 Chelsea have raced into a 2-0 lead against Arsenal at the start of this second half in the Europa League final in Baku.

Watch the goal video below as Pedro finishes superbly from a fine assist by Eden Hazard as Chelsea show their clinical side to take control of this big game.

Chelsea will now surely be favourites to lift the trophy and truly ruin Arsenal’s season as this is their last chance of qualifying for the Champions League.

CFC, meanwhile, are already in it after finishing third in the Premier League so needed this win slightly less tonight.