Real Madrid have slapped a huge €100M price tag on the head of Spanish international Sergio Ramos, a player that Man United are said to be in for.

Ramos has been a very loyal servant to Real over the years since his move to the club from Sevilla, however now it finally looks like the Spaniard’s time at the Santiago Bernabeu is coming to an end.

As per Don Balon, Ramos has his heart set on leaving the club, with the defender keen on a move to China, however other clubs, like PSG and Man United, are also in for the 33-year-old.

The report also notes that Ramos wants to leave on a free, something club president Florentino Perez isn’t keen, thus the club have slapped a €100M price tag onto the head of their captain.

Paying €100M for a 33-year-old defender who only really has one or two years at the top left in him would be absolutely bonkers, thus we find it hard to see any club stumping up this much to sign Ramos. 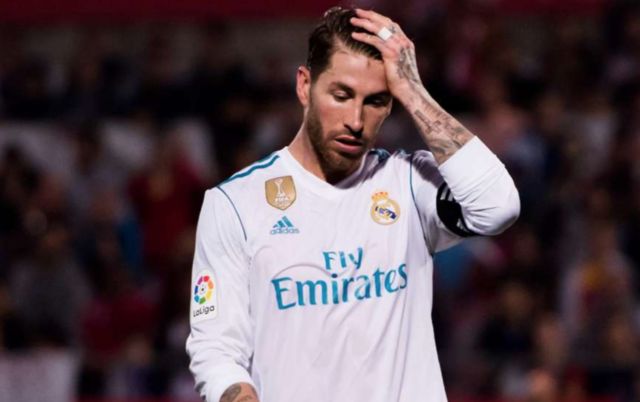 It’s clear to see that Man United are in need of defensive reinforcements following their performances this season, however no matter how bad the situation may be, paying this much for a declining 33-year-old is a move that the club should definitely not be considering.

If Ramos does end up leaving Los Blancos this summer, we’d be surprised to see him move for anything close to the €100M Real want for him, especially given his performances this past year.