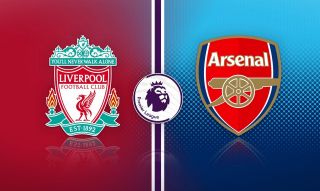 Liverpool are reportedly ready to beat Arsenal to the transfer of James Rodriguez this summer as his future looks in doubt.

The Colombia international faces a tricky situation this summer as loan club Bayern Munich don’t want to keep him and parent club Real Madrid seem to be planning to sell him.

And according to Don Balon, this has sparked interest from Liverpool, who look to have moved ahead of Arsenal and other potential suitors in the race for his signature and who are ready to pay €50million for him.

Rodriguez could be a useful addition for Liverpool, with Don Balon noting that he may well replace Alex Oxlade-Chamberlain in Jurgen Klopp’s squad after the England international’s difficult time with injuries.

This seems a surprise move as Oxlade-Chamberlain has shone whenever he’s been used by the Reds, but it could also be worth bringing in someone a bit more reliable.

James Rodriguez is a rumoured transfer target for Liverpool

The report suggests, however, that Rodriguez himself is not entirely sure about a move to Anfield over concerns about whether or not he’d be first choice on a regular basis.

Arsenal might be a better fit for him in that regard as they look more in need of improving on their current options in that area of the pitch, though the Gunners may not have Champions League football to offer the 27-year-old next season.