Manchester United have reportedly been one of the clubs to ‘knock on the door’ of Valencia striker Rodrigo Moreno over a potential summer transfer.

Barcelona and Real Madrid are also interested in the 28-year-old after some impressive form this season, with the player expected to cost around €60million, according to Don Balon.

With Romelu Lukaku unconvincing at Old Trafford in his two seasons at the club and linked with a move to Inter Milan by FC Inter News, it makes sense that Man Utd might be after a replacement.

Rodrigo could be a decent signing to come in as cover for Marcus Rashford, with the England international perhaps the most likely candidate to replace Lukaku as first choice at centre-forward next season.

It remains to be seen how this transfer saga will pan out, however, with Don Balon reporting of Real Madrid looking the best-placed to sign the Spain international ahead of the likes of Barcelona and Napoli.

With plenty of interest in a player without the most exciting stats from 2018/19, United might be better off looking elsewhere rather than focusing too much attention on this one, even if they have registered some level of interest, according to Don Balon. 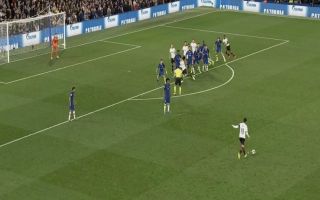