Real Madrid striker Marco Asensio has no intention of leaving the club this summer amid ongoing links with Tottenham and Liverpool.

The 23-year-old struggled to make an impact at Santiago Bernabeu this season, ultimately failing to build on his promising breakthrough 2017-18 campaign, during which he helped the Blancos win a third successive Champions League.

The Spaniard only managed to score once in 30 La Liga appearances this term, but he remains an important player to Zinedine Zidane, who returned to Madrid as head coach back in March.

Asensio’s future has been the subject of much speculation in recent months and according to ESPN, both Tottenham and Liverpool have expressed an interested in signing the young forward.

However, the two Premier League clubs have been dealt a transfer setback this week, with Asensio’s final decision regarding his future now made.

Cadena Ser reports that the Spain international has no desire to leave the Bernabeu this summer, regardless of any offers Madrid may receive.

He is expected to feature regularly under Zidane next season and wants to play a key role in a major rebuilding job for Madrid after a disastrous year. 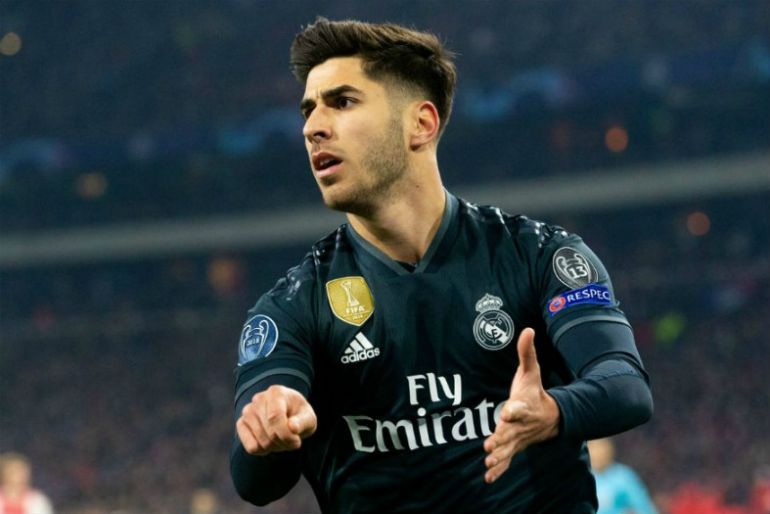 Transfermakrt states that Asensio is currently valued at around £72 million, but ESPN recently reported that Madrid have already turned down much higher offers within the region of £160 million.

It might be a blessing in disguise for both Spurs and Liverpool that a primary transfer target is now out of their reach because the Madrid star would surely have cost an absolute fortune.

Asensio is not yet the finished article either and he needs more time to develop his all-around game before he will be truly worth the kind of money Madrid expect for him.

That being said, he could have been a great addition for Spurs, who are lacking support for Harry Kane up front and he might also have done well at Liverpool, given their free-flowing style of play.

For now, Asensio looks like a one-club man, but if he struggles again next season, a fresh transfer saga could be on the cards this time next year.