Tottenham have reportedly emerged as the frontrunners to sign PSV Eindhoven attacker Steven Bergwijn, ahead of Manchester United.

The 21-year-old has earned attention from top clubs across Europe with his performances this season, playing a starring role as PSV challenged for the Eredivisie title.

The Dutch outfit ultimately finished as runners up behind Ajax, but Bergwijn’s contribution of 14 goals and 12 assists in 33 appearances deserved better.

The Netherlands international has been tipped for a bright future at the highest level and has been touted for a summer transfer, with Tottenham now pulling ahead of Man United in the race for his signature.

According to Sky Sports, Spurs are determined to land Bergwijn in the summer market, with club boss Mauricio Pochettino thought to be a huge admirer of the exciting young winger.

United are also interested, but the Lilywhites have the edge in this particular transfer saga at the moment, with a possible £35 million deal mooted – as per Sky Sports.

Bergwijn is mainly deployed on the right wing, but he can also play on the left, through the middle or as a false nine, which makes him a huge threat in the final third of the pitch. 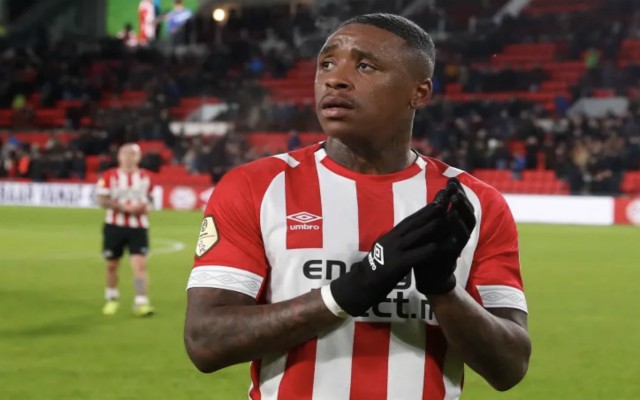 Bergwijn has shone for PSV this season

The Dutchman boasts superb dribbling skills and he is technically proficient, with pace to burn and a penchant for slicing through defences.

Tottenham already have a player with similar qualities in Lucas Moura on their books, but their attacking set up would look even more fearsome with Bergwijn linking up with the Brazilian, along with Harry Kane and Son Heung-min.

However, United’s need is surely greater than their Premier League rivals at the moment, given their well-documented struggles throughout the 2018-19 campaign.

Spurs may be the favourites to sign Bergwijn, but the Red Devils cannot be written off during the transfer window and the in-demand starlet will, therefore, have a huge decision to make regarding his future over the coming weeks.