Quite a few as it happens, as you’re likely to have a lot of top players if you make it to a Champions League final, but these five will be particularly key:

Alisson – Liverpool spent big on a new goalkeeper last summer precisely because of Loris Karius’ epic howlers in the Champions League final defeat to Real Madrid. The Brazilian has had a fine season, but can he now also make sure he gets it right in this biggest of matches?

Lucas Moura – another Brazilian, the quick winger netted that famous hat-trick for Spurs in the semi-final win over Ajax, and is a big-game player with goals against the likes of Manchester United and Barcelona this season, as well as against Liverpool in the league.

Sadio Mane – unlike last season when it was all about Mohamed Salah, Sadio Mane has become the main man in Liverpool’s attack this season and seems likely to be the big threat up front in this final.

Harry Kane – one to watch even if he doesn’t start – could the lethal England striker actually work out as quite a decent super sub in Madrid?

Trent Alexander-Arnold – despite being a defender, he could be one of the most important attacking players in this game. Tottenham’s Danny Rose likes bombing forward too from left-back, so could that create space for the young assist machine to thrive as he did against Barcelona?

Spurs fans had better hope that the old cliche about the form book going out the window in big games like this is true, because theirs has been terrible recently.

Mauricio Pochettino’s men have won just twice in their last eight games in all competitions, though of course two of those defeats were the 4-3 away to Manchester City and 1-0 at home to Ajax in Champions League ties they progressed through anyway.

Still, aside from their run in Europe, they’ve been poor domestically in the closing stages of the season, which may be relevant as they’re up against a fellow Premier League side on Saturday night.

Remarkably, despite finishing fourth in the Premier League, Tottenham ended with just three wins from their final twelve games in the competition. Far from ideal.

Newcastle make move to sign £116k-a-week star to help Sven Botman
Exclusive: Man United had €40-45m-rated star on their list but chose Lisandro Martinez transfer instead
Top Manchester United transfer target was not all that convinced by Erik ten Hag

Liverpool, meanwhile, could not be more different, having been a relentless winning machine for a while now, and ever so unlucky to finish second to Manchester City on 97 points.

LFC have just one defeat in their last 15 games in all competitions, and that was the 3-0 way to Barcelona, which they of course overturned in some style in that second leg.

Jurgen Klopp’s side have also been scoring for fun too, netting 37 times since their 0-0 draw with Everton in March, scoring at least two goals in every game since then apart from at the Nou Camp.

Run to the final… 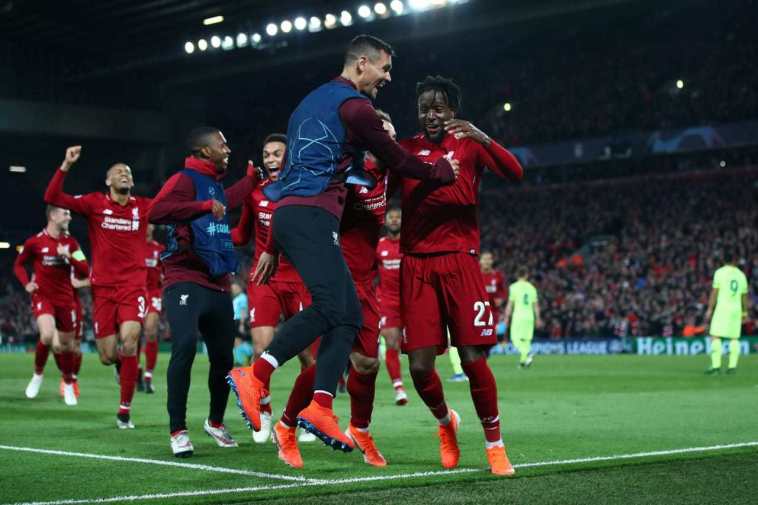 In the dugout for this game we arguably have two of the top three managers in the world behind Pep Guardiola.

Any super club would be lucky to have these two, and it will be fascinating to see them pit their wits against each other on such a big stage.

For Klopp, this is a big opportunity to finally win the kind of big trophy that his career has admittedly lacked, and put to bed any ‘bottler’ talk that is no one is immune from in the modern game – even coaches who reach two Champions League finals in a row and pick up record-breaking points tallies domestically.

There’s no denying, however, that for the German tactician to go down as one of the greats that he could so easily be, he needs silverware. It’s all that’s missing from his excellent four years at Anfield, and the team he’s built should be favourites for this game. If, once again, his side freeze when it matters most in a big one-off game, questions may justifiably be asked of the former Borussia Dortmund boss, whatever the wider context of what he’s done at Anfield. And those questions will soon become a legitimate stain on his reputation and potentially give Liverpool a ‘bottlers’ tag that may be hard to shake off.

Pochettino, however, will be no pushover after a quite simply astonishing job in his time at Tottenham.

The Argentine, working on a fraction of the budget of most of his rivals, has done wonders with smart recruitment and excellent coaching to get more out of this group of players than almost anyone else could have.

Trophies are missing from his CV too, though, and this will be his best chance to win one with Tottenham, though one imagines that, whatever the result on Saturday night, this might be his last Spurs match before perhaps jetting off for a more established powerhouse of the European game. If he wins, what a perfect way to bow out with the club, and if he loses, he couldn’t be blamed for demanding a lot more investment to continue his work. The likes of Juventus, Barcelona and Bayern Munich would be mad not to go for him.

Liverpool might not like it as they often relish their underdog status, but they’re the favourites here.

Tottenham’s recent form is poor, Harry Kane probably won’t start, and Liverpool have the quality all over the pitch to make Spurs pay for any sloppiness in a way that Ajax and City failed to do, despite plenty of opportunities.

Still, the nerves may well be with the Reds as the prospect of European Cup number six means so much, especially after missing out on the league.