Man Utd are reportedly set to beat rivals Man City to the signing of Sporting Lisbon midfielder Bruno Fernandes, according to reports in Portugal.

The 24-year-old enjoyed a stunning season this past year, scoring 32 goals and providing 18 assists in 53 appearances for the Portuguese giants.

In turn, it’s no surprise that he has attracted interest from elsewhere, with his technical quality, creativity and goal threat in the final third likely to strengthen most squads around Europe.

According to A Bola though, it’s been suggested that Man Utd could now beat Man City to the signing of Fernandes, with a bid of up to €80m being touted to prise him away from Sporting.

The story was also published on the front page of A Bola on Friday with a headline suggesting United are ‘at the front’ for Fernandes, as seen in the image below, and so it remains to be seen if there is a genuine bid incoming from the Red Devils to try and beat City to the punch.

What is certain is that Ole Gunnar Solskjaer will be plotting key changes to his squad this summer, following the disappointment of ending empty-handed and outside of the top four in the Premier League this past year.

That would suggest that major tweaks are needed to the squad in order to get them competing for trophies again in the more immediate future, and particularly with Ander Herrera already confirming his exit when his contract expires next month, the midfield is an area of concern.

Fernandes could address one key issue with his attacking quality, and that in turn could lessen the burden on the likes of Marcus Rashford and Paul Pogba moving forward, making him a potentially excellent addition to the Man Utd squad as he complements the pace and power elsewhere in the team with his vision and creative qualities. 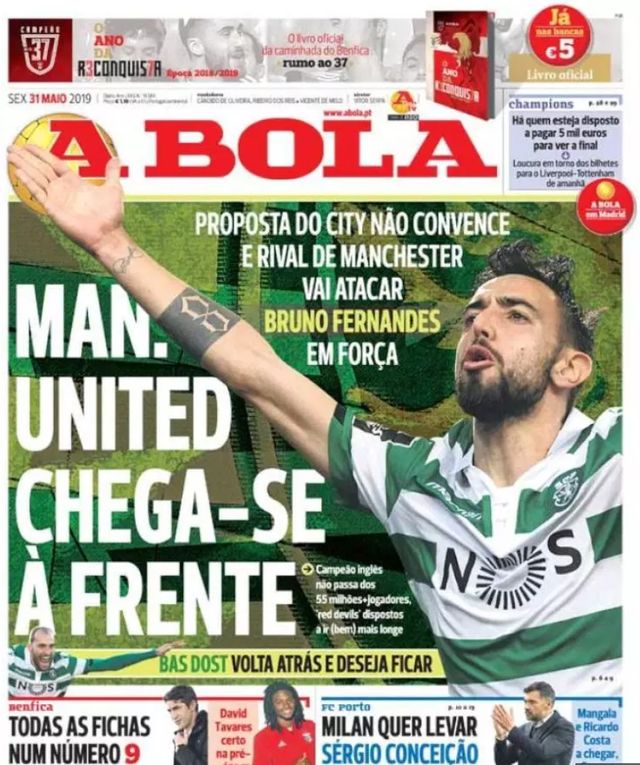