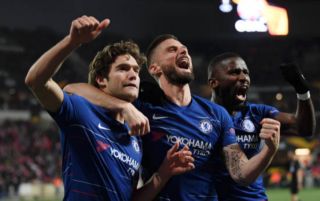 Chelsea and Spain star Marcos Alonso is said to have agreed a deal with Spanish giants Atletico Madrid ahead of a potential move to the club this summer.

Alonso quickly found himself out-of-favour at Stamford Bridge in the second half of this season, with the Spaniard losing his place in the Blues’ starting XI to Italian international Emerson Palmieri.

Alonso didn’t really future for Chelsea in the Europa League from the quarter finals onwards, with the 28-year-old even being left out of the Blues’ squad on more than one occasion for a number of their Premier League games.

And following this, it seems like Alonso has decided to call time on his stint with the Blues, as Marca are reporting that the Spanish star has agreed a deal with Atletico Madrid regarding a summer switch.

However, as Marca also report, Atletico still have to agree terms with Chelsea for Alonso, something that may prove to be difficult given the transfer ban that’s looming over the club’s head.

Should Chelsea fail to overturn their transfer ban, it wouldn’t seem wise to let Alonso leave this summer, especially given their lack of options at left back.

The club would only have Emerson Palmieri to choose from in that position should they let Alonso leave, thus we can’t really see the Blues letting the Spaniard depart Stamford Bridge unless the offer truly was too good to turn down. 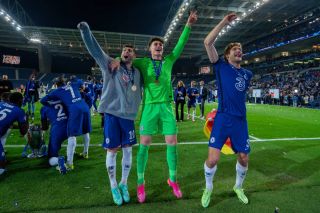