Catalan giants Barcelona have held talks with La Liga side Real Betis over the prospect of signing one of the club’s most best performers from last season.

According to Spanish outlet Sport, Barcelona are interested in signing Real Betis left-back Junior Firpo, the Dominican-born Spain Under-21s international is one of the top young left-back’s in La Liga and it’s understood that Ernesto Valverde’s side are keen on adding a player who can provide competition to Jordi Alba and potentially be the Spaniard’s long-term successor.

Spanish newspaper AS reported last week that Manchester United were also interested in signing the ace, will the two giants go head-to-head to sign Firpo?

Whilst Firpo would be signed primarily to play a rotation role and be the backup to Jordi Alba, the 22-year-old would be a smart addition to the Barcelona squad because of his versatility. 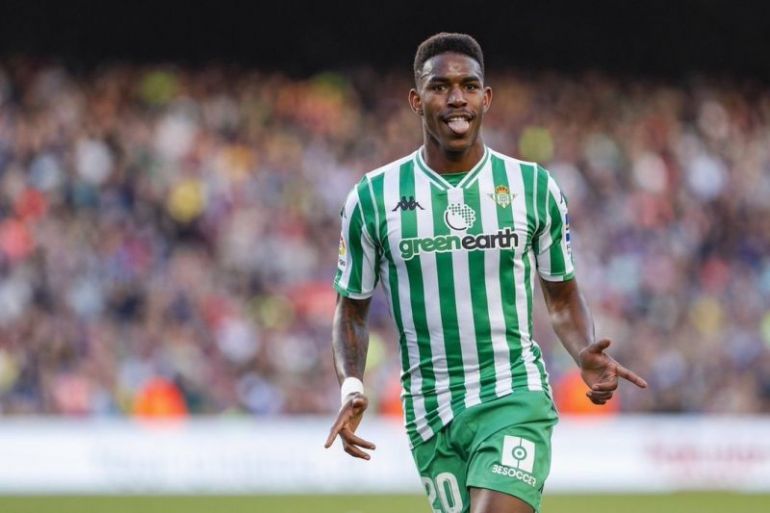 As per the report, Firpo’s contract includes a release clause of €60m, however, Betis would be willing to sell the ace for a fee in the region of €30m.

Given the club’s failure to qualify for European football next season, the Seville-based club need to make up for their lost revenue by raising money from player sales.

Teams will have the opportunity to keep a close eye on the talented youngster this summer as he’ll be featuring for Spain at the European Under-21 Championships.