The ex-Gunner sadly died yesterday aged just 35 after a car crash, with the Daily Mirror reporting that he may have been driving at a dangerously high speed before his vehicle turned over and also killed his cousin Jonathan Reyes.

Tributes have poured in for Reyes, who won the 2003/04 Premier League title with Arsenal and also picked up other major honours later in his career with the likes of Real Madrid, Atletico Madrid and Sevilla.

Canizares, however, tweeted that the former Spain international ‘does not deserve a tribute as if he were a hero’ in what sounds like a stinging criticism of the player for speeding.

The former goalkeeper went on to clarify his statements later, insisting he was still saddened by the news, but he doesn’t appear to have particularly backed down on his original point.

It may be that translation is an issue here, but we’ve screen-grabbed his tweets below for you to make your own minds up. 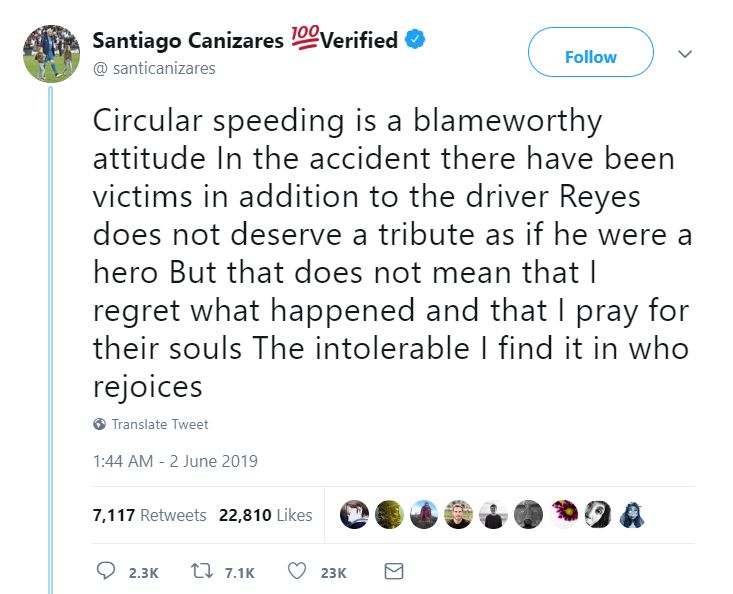 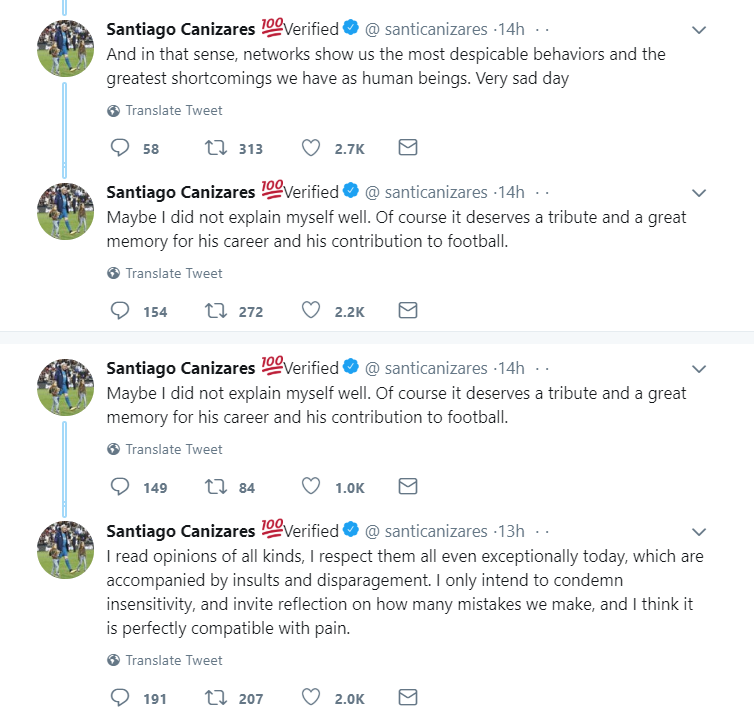 Whatever valid point Canizares may be trying to make, it does seem insensitive to be making statements like this so soon after Reyes’ death and when all the details of the incident are not yet known.