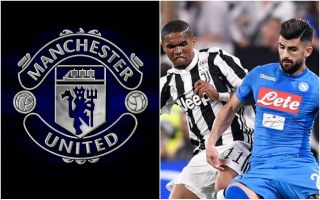 Manchester United have received an encouraging message from a Serie A-based transfer target this summer.

With the Red Devils in need of a new right-back to replace Antonio Valencia, they have been linked along with Chelsea with a move for Napoli star Elseid Hysaj.

According to talkSPORT, Man Utd are interested in Hysaj this summer and he’s now fuelled speculation by saying he’s ready for a new challenge.

The Albania international has not named any potential next club in particular, but has hinted a big name like MUFC might be an option as he wants to win something.

“I’m absolutely ready for a new challenge because I need change,” he told DigitAlb.

“I’m not the type of person who likes to stay at a club for too long.

“I want to have new experiences, learn about a new country, meet new people, play for another team and maybe try to win something.

“For me, my time at Napoli is over and I hope to find a team that will give me what I need.”

Atletico Madrid and Juventus are also the names being mentioned as possible suitors for Hysaj if he doesn’t wind up sealing a move to the Premier League.