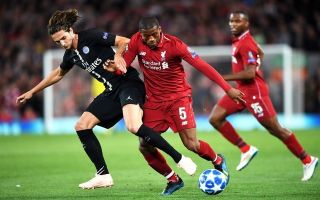 Manchester United have reportedly made a big contract offer to Paris Saint-Germain midfielder Adrien Rabiot in a bid to complete a transfer.

The France international is nearing the end of his contract with PSG and seems set for a move away on a free in the coming months.

According to Le 10 Sport, citing Soccer Link, Rabiot will be offered a salary of around £8.8million a year at Man Utd, as well as a signing on bonus of £4.4m.

Additional information from the Daily Mirror states this would put the 24-year-old as up there among the highest earners at Old Trafford were he to accept the proposal.

Le 10 Sport also mention interest from Tottenham, but it may well be that the north London side can’t really compete financially with United for this one.

And while Spurs have Champions League football on offer next season and United don’t, there’s no question it’s the Manchester giants who remain the bigger name on the world stage.

Juventus are also mentioned by Le 10 Sport, so it remains to be seen precisely how this transfer saga will end.

United, however, will surely hope to get this deal done as it seems an ideal way to improve on players like Nemanja Matic and Fred on the cheap.