Manchester United won’t be too pleased with the latest transfer news coming out of Italy today.

According to Gazzetta dello Sport, talks are being held over a potential surprise swap deal between Juventus and Inter Milan involving Paulo Dybala and Mauro Icardi.

Both are top forwards in Serie A but could surprisingly be set to switch places between these two major rivals this summer.

Dybala was not so long ago linked with Manchester United by Calciomercato, and he could have been an ideal signing to come in as an upgrade for struggling players like Alexis Sanchez and Anthony Martial.

Icardi, meanwhile, has also been linked with the Red Devils by Corriere dello Sport, as translated in the tweet below from Utd Report, with the 26-year-old apparently offered to the club in exchange for Romelu Lukaku. 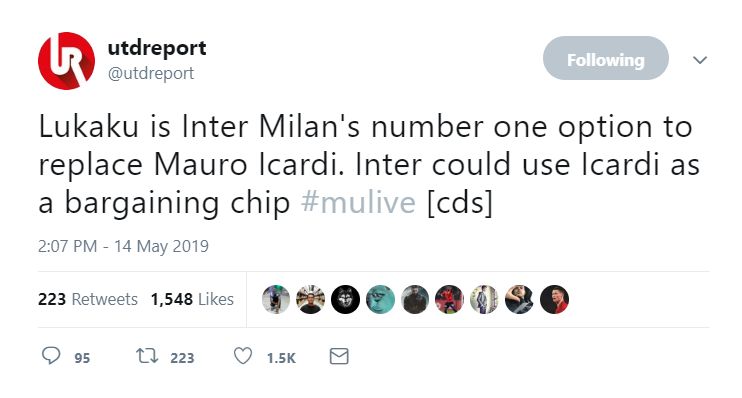 It remains to be seen what this might do to the prospect of Lukaku leaving United for Inter, but in general it doesn’t seem at all ideal for anyone involved with MUFC.

Icardi could have been an ideal upgrade on the struggling Lukaku and given the club an easy opportunity to offload the Belgian.

However, if Inter now end up signing Dybala that could block that deal and also obviously prevent United signing either Dybala or Icardi to bolster their attack.