Aston Villa will spend this summer preparing for life back in the Premier League, and it appears as though they are making cuts before signings.

As confirmed in their official statement, Ross McCormack has been released after an agreement was reached between the two parties to cut short their deal by a year.

That now makes it nine players who have been released by Villa just a week after their promotion was confirmed, with Sky Sports noting that eight players were let go as Dean Smith creates space in his squad for new signings.

It’s a sensible approach in truth as it ultimately gets rid of deadwood and players who perhaps don’t have the quality to make a decisive impact in the Premier League, whether that’s down to a lack of influence this past season or their age.

That should now reduce the wage bill significantly, giving Villa flexibility both from a sporting and financial perspective to go out and land their preferred targets to fit Smith’s plans moving forward and build a squad capable of keeping them up and kicking on.

As noted in the tweets below, many Villa fans are particularly delighted with the club’s ability to get rid of McCormack, especially given he only made 24 appearances for the club since joining from Fulham in 2017 having been shipped out on four different loan spells.

In turn, with little chance of making an impression moving forward, Villa have seemingly done the right thing by finding a way to axe him, and it’s a decision that has gone down very well with their fans.

Time will who arrives at Villa Park in the coming weeks and months, but Smith appears to have the financial flexibility and space in the squad to now bring in players that suit his ideas and build something for the long-term where possible.

This club really isn’t messing around!

All the bad eggs gone now. Onwards and upwards utv

McCormack and Richards gone within days of each other? Christmas has come early

Can we get a parade to celebrate getting rid of Ross McCormack?

Richards & McCormack gone within days of each other. We’re finally cutting through the mess of the last 4 years. Yes we’ve paid him off but we must’ve cut over £400k a week from the wage bill since last week. Let’s invest that money wisely and learn from past mistakes

This is the best news since we got promoted ??? we are not messing about

Talk about getting serious and cleaning out the dead wood. Get in ??The boys really making sure we will be sustainable in the prem I absolutely love it ????????DEANO DEANO. UTV

I feel this of @IanTaylor7 sums up the whole of our fan base at this news #AVFC #UTV pic.twitter.com/YupzwGViWO

Best bit of business we could have done this summer

Chelsea loanee has not earned himself a permanent move, manager confirms 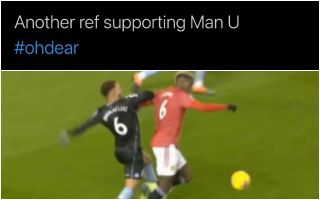 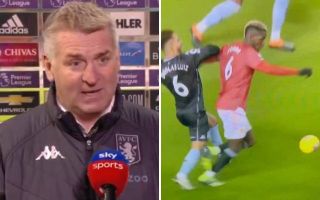 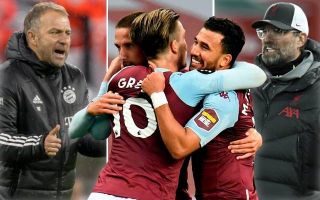