Everton left-back Luke Garbutt has been praised by a number of Toffees fans for his tweet on Liverpool’s Champions League trophy bus parade around the city.

The Reds lifted the European Cup for the sixth time and were given a superb greeting back in Liverpool yesterday as they paraded the trophy in front of their adoring fans.

Garbutt, however, hit out at any people who attended the parade as a gesture of pride in the city of Liverpool as a whole, suggesting those on the blue half of Merseyside should not be celebrating the success of their rivals.

I get be proud for the City of Liverpool however attending the parade today if your not a Liverpool fan I don’t understand that, your red or blue simple as that ????

Garbutt hasn’t actually played a lot of football for Everton despite his clearly fierce loyalty to the club, having been loaned out five times by the Toffees.

He most recently spent time on loan with League One side Oxford United in 2018/19, but some EFC fans are now flooding his mentions with positive words after his tweet about the Liverpool trophy parade. 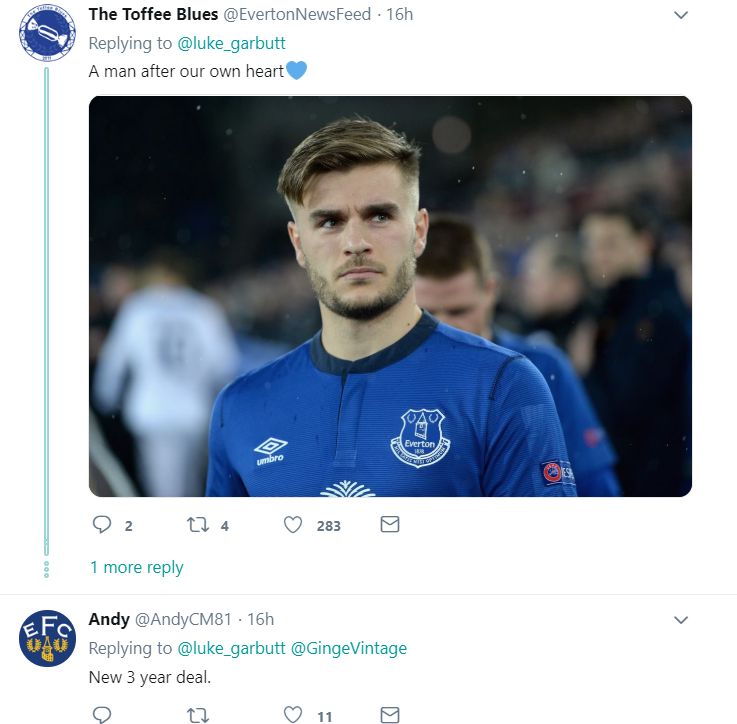