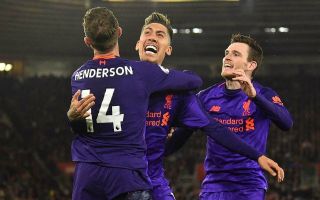 The Clarets boss is clearly a big fan of the England international, who doesn’t get the same level of praise as some other bigger names in this LFC squad.

Still, Henderson proved a lot of people wrong by lifting the Champions League trophy as Liverpool captain – sticking around at the club perhaps longer than some would have expected.

Dyche praised the 28-year-old for doing the dirty work off the ball that so often goes unnoticed as he gave his verdict on the big game against Spurs.

“The unsung hero for me, it was an awkward game tonight for different reasons, but Jordan Henderson done all the ugly stuff,” Dyche said on BBC Radio 5 Live.

“He knows he has quality around him. He knows they have quality on transition, but he has found a way to be the glue that holds it together, particularly on this run-in to this game.

“I think he has been excellent.  But for things that managers love, not always that fans admire.”