Former Manchester United manager Jose Mourinho has lavished a number of Liverpool players with praise after their Champions League final win over Tottenham.

The Reds lifted European Cup number six after beating Spurs 2-0 in Madrid on Saturday evening, with Mourinho clearly impressed as he heaped praise on Van Dijk in particular.

‘Van Dijk is a king, he is a huge personality. Positionally, a top, top player,’ Mourinho said on RT, as quoted by the Mail.

The Netherlands international has been a superb signing for Liverpool since he joined from Southampton in a big-money move midway through last season.

And he’s just one of six LFC players to make Mourinho’s team of the season in the Champions League, with Alisson, Trent Alexander-Arnold, Andrew Robertson, Sadio Mane and Mohamed Salah also in.

They’re joined by Ajax trio Matthijs de Ligt, Frenkie de Jong and Donny van de Beek, while Tottenham and Barcelona get one player each in the XI – Christian Eriksen and Lionel Messi, respectively. 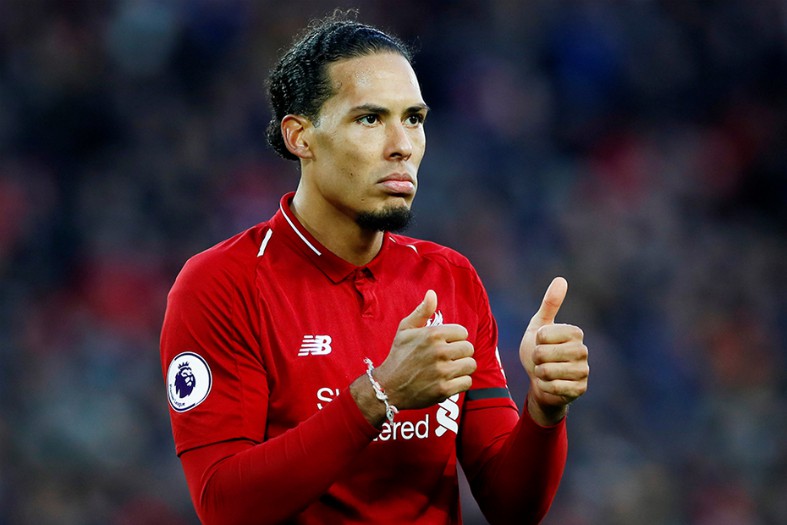 Virgil van Dijk had a superb season for Liverpool

If long-time rival Mourinho is raving about Liverpool, then they’re definitely doing something right!

‘I go to Alisson, especially because [in the final] he was there when the needed him to be there,’ he said of the Brazilian goalkeeper.

‘The two full-backs also have to be Liverpool players, amazing players, [Trent] Alexander-Arnold and [Andy] Robertson. Amazing character and personality. One [Alexander-Arnold] is a local boy, another [Robertson] is a Scottish boy that a few years ago was relegated with Hull City.

‘And both they are physical, they are aggressive, they are what I call in football ‘the good arrogance’, they are not afraid to play, they go forward, they participate in attack. And even in a game on Saturday under huge pressure they were very, very good.