Manchester United defender Eric Bailly has appeared to give his approval to comments criticising two of his team-mates – Paul Pogba and Marcus Rashford.

The Ivory Coast international is not exactly the most popular figure among the club’s fans after a disappointing season, and this episode is unlikely to do him much good in the dressing room.

MORE: Player given strong warning over choice between Arsenal or Man United transfer

As the images below show, Bailly showed an interest in an Instagram discussion about Man Utd’s best possible XI for next season. 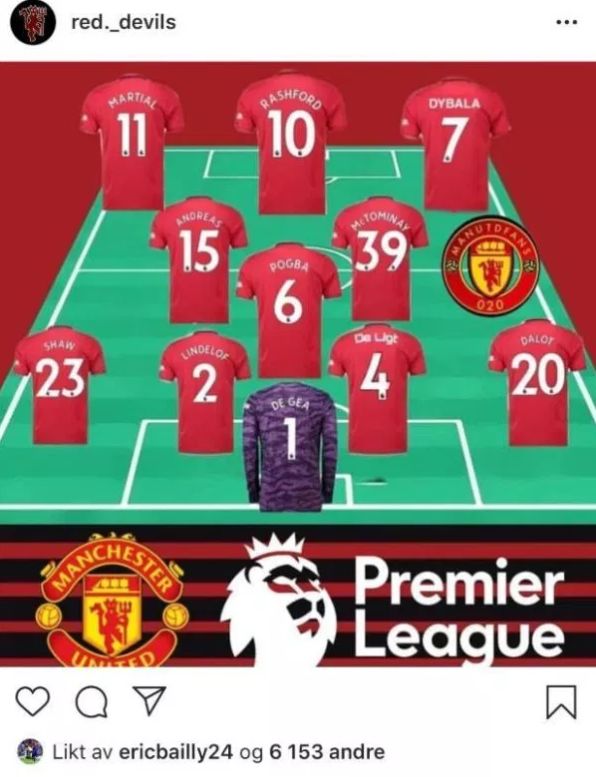 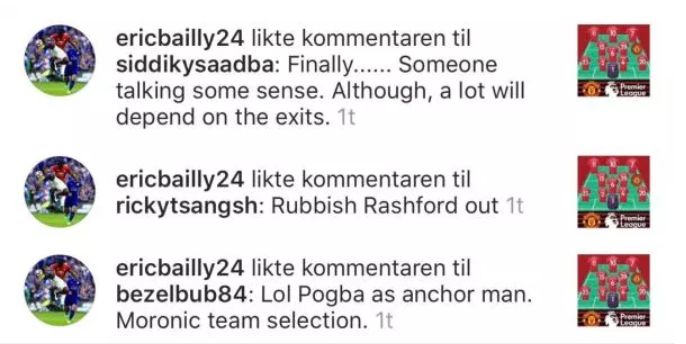 He then liked some comments slamming Pogba and Rashford, suggesting he agrees with their analysis – unless both clicks happened to be an unfortunate accident.