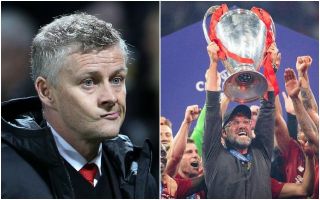 Manchester United are reportedly in contract talks with Paris Saint-Germain midfielder Adrien Rabiot as speculation suggests this potential deal is at an advanced stage.

French source Le 10 Sport have claimed Man Utd have offered Rabiot a big-money deal and a signing-on bonus to try to win the race for his signature against the likes of Tottenham and Juventus.

However, despite this, it’s also claimed by the Mail that the 24-year-old himself would much rather join European champions Liverpool this summer.

It seems Rabiot is a big Reds fan and an admirer of club legend Steven Gerrard, according to the Mail, and in fairness it’s easy to see why most players would prefer a move to Anfield over Old Trafford right now.

Liverpool have just won the Champions League, while they were also extremely close to also winning the Premier League title, finishing on their highest ever points total of 97 – just one worse than eventual title winners Manchester City.

More glory is surely just around the corner for LFC, and Rabiot looks like he could be a good fit in Jurgen Klopp’s squad.

Still, this could be a real blow for United, who look in need of a signing like the France international to come in as an upgrade on the likes of Nemanja Matic and Fred, while Ander Herrera is leaving on a free this summer.