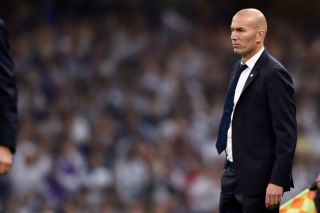 Real Madrid face a big summer and it’s reported that Marcos Llorente, Theo Hernandez and Dani Ceballos could all be offloaded to Napoli.

The Spanish giants endured a nightmare campaign this year, ending up 19 points adrift of La Liga champions Barcelona, while they crashed out of the Champions League and Copa del Rey in disappointing fashion.

In turn, in order to return to the high levels that they set under Zinedine Zidane in his first spell in charge, changes will surely be needed to the squad to make them more competitive.

It won’t be as simple as spending big on reinforcements and adding them to the squad, as every club will be fully aware of FFP rules and the necessity to have a balanced squad for sporting and financial purposes.

With that in mind, exits are expected from the Bernabeu this summer too, and according to Goal Italy, Hernandez, Llorente and Ceballos could all be axed from the squad with Napoli said to be interested in all three players with a €50m figure offered on what it might take to sign them all.

There’s no suggestion that a deal is imminent and so it remains to be seen if a deal is done between the two clubs, but in terms of creating space in the squad, raising funds and cutting the wage bill, it could be a wise move from Real Madrid to give themselves more flexibility.

Further, given the trio in question haven’t played a key role for Los Blancos, they arguably wouldn’t be missed from a squad depth perspective either and so exits would seemingly suit all parties with more regular football on offer elsewhere. 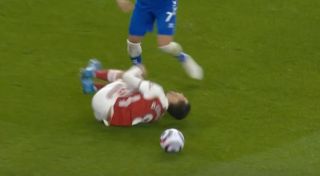