Arsenal have made contact with Inter Milan to discuss Andrei Radu’s availability, as the club eyes a replacement for the retiring Petr Cech.

The outgoing Czech star called time on his career earlier this season and played his final game for the Gunners in a Europa League final defeat against Chelsea last week.

Cech served as backup shot-stopper behind Bernd Leno at Emirates Stadium this year and his departure leaves a gap in Unai Emery’s squad which has to be filled while the transfer window is open.

According to Metro Sport, Inter ‘keeper Radu has emerged on Arsenal’s radar, after an impressive 2018-19 campaign on loan at Genoa.

The Romanian’s agent Crescenzo Cecere claims the Gunners have opened transfer talks with the Serie A giants, with the player’s future currently up in the air.

Radu is contracted to remain with Genoa until 2021, but Inter have a buy-back option in place and it is not yet known if the club will decide to bring him back to San Siro.

As per Metro Sport, Cecere told FCInterNews: “The player is from Genoa and has a contract with them for another two years.

“Inter has a right to recall him and if they want to exercise it, it will depend only on them, and we’ll listen to them.

“Recently, there was also an enquiry from Arsenal. He is a very interesting prospect since he is growing a lot, from all points of view.” 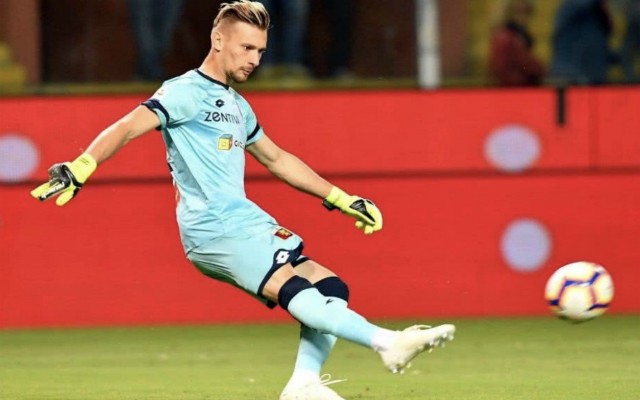 Radu in action for Genoa

Radu played 33 Serie A matches for Genoa this season, helping the club avoid relegation by the skin of their teeth and he has earned 13 caps for Romania to date at U-21 level.

The 22-year-old has been tipped for a bright future and he could become available if Inter deem him surplus to requirements, which leave the door open for Arsenal to swoop.

Transfermarkt states that Radu is currently worth around €12 million, which is a small price to pay for a consistent performer who has already proven himself in Serie A.

Filling Cech’s gloves at Arsenal is no easy task, but with Leno holding down a number one spot indefinitely, Radu could be given the opportunity to hone his skills with a view to earning a regular place in Emery’s line up in the near future.

It remains to be seen whether or not the Inter ace will be sold this summer, but this story is one for Gunners fans to keep an eye on in the coming weeks.