Liverpool striker Divock Origi is set to be offered a fresh long-term contract at the club after playing a vital role throughout the 2018-19 campaign.

The 24-year-old scored the decisive second goal for the Reds in Saturday’s Champions League final against Tottenham, wrapping up a 2-0 victory after producing a superb finish just inside the box.

The Belgian finished the season as Liverpool’s fourth top goalscorer, with six to his name in 20 appearances across all competitions and he won the eternal faith of supporters with his knack for finding the net at the most crucial moments.

In addition to his goal in the European Cup showpiece, Origi grabbed a brace in the semi-final 4-0 win over Barcelona and headed home a dramatic last gasp winner against Everton in the Premier League, proving himself as a deadly finisher when given half a chance.

According to the Daily Mirror, Liverpool’s Champions League hero is now in talks over a new long-term deal at Anfield, with his existing contract set to expire next summer. 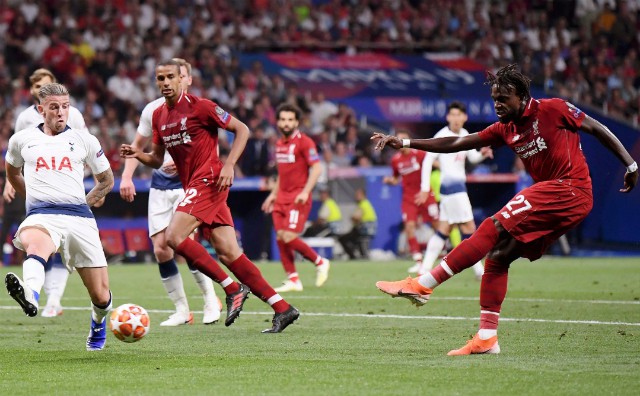 Jurgen Klopp has been impressed with Origi’s attitude and his clinical edge in the attack, which has convinced him to talk to the club about extending his stay on Merseyside.

Liverpool are aiming to get all of their younger players to commit to longer contracts and the Belgium international is first in line after writing his name in the history books over the last 10 months.

Mohamed Salah, Roberto Firmino, Sadio Mane and even Xherdan Shaqiri remain ahead of Origi in the pecking order at Anfield, but he has not been fazed by his situation and worked hard whenever he has been granted an opportunity to shine.

The explosive centre-forward’s Liverpool career was seemingly over this time last year, but he chose to stay and fight for a place in Klopp’s set up and he will rightly be rewarded for his efforts.