Lyon midfielder Tanguy Ndombele has spoken about his future amid transfer links with the likes of Manchester United and Tottenham.

The France international has enjoyed a superb breakthrough season in Ligue 1 and the Champions League, looking one of the finest players in the world in his position.

As shown in the screen grab below, L’Equipe have previously linked Ndombele with the likes of Man Utd and Tottenham, with the French giants supposedly asking for £88million for their star player this summer. 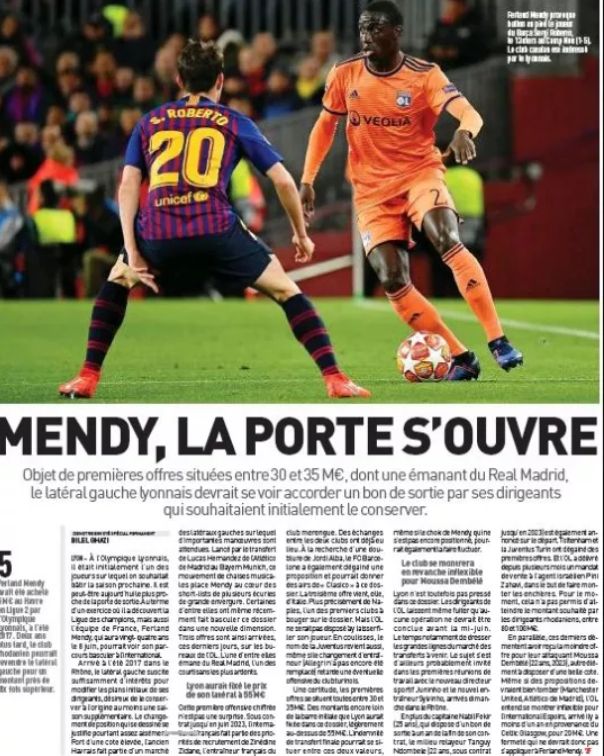 Another previous L’Equipe report also linked Ndombele with United, though it stated they would have to sell Paul Pogba before moving for his fellow countryman.

The 22-year-old would be a fine fit at Old Trafford, and it seems he’s not ruling out a move away from Lyon.

However, in his latest quotes to Le Progres, Ndombele also wouldn’t rule out staying where he is, saying he hasn’t yet come to a final decision on his future.

“As I told my agents and the club, I’m not fixed yet, I did not make a decision,” he said.

“Of course, I would see myself continuing in OL, the club will be in the Champions League, but I have not asked the question to stay or not, and I have not spoken with the new staff.”