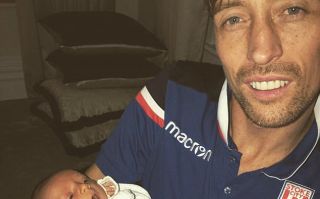 Here’s a tweet with a picture of the newest member of the Crouch family, though he later added a message to clarify that his wife will not be allowing Divock!

Origi had a fine impact for Liverpool towards the end of the season, scoring three times with just three shots on target in the Champions League, which amounted to two vital goals in the semi-final win over Barcelona and then one in the final victory over Tottenham.

Even if Crouchy isn’t going to get his wish, we would not be surprised to hear of a spate of Divocks up and down the country after the Belgian’s memorable recent performances.