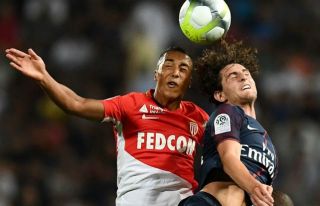 Liverpool are reportedly set to make Paris Saint-Germain midfielder Adrien Rabiot one of their top transfer targets for the summer.

The France international is set to be available on a free transfer after running his contract down at PSG, which has unsurprisingly led to plenty of speculation linking him with a host of Europe’s top clubs.

According to Don Balon, Liverpool now want to join the likes of Manchester United and Tottenham in the race for his signature, with Barcelona and Real Madrid seemingly ending their interest in him.

Man Utd have been strongly linked with Rabiot by the Daily Mail, though that report suggested the 24-year-old would prefer a move to LFC instead.

Now that Don Balon claim the Merseyside giants are interested, that could perhaps make them the favourites for his signature.

Jurgen Klopp doesn’t exactly look in desperate need of a new midfielder, though the Daily Mirror have suggested Adam Lallana could be made available this summer, in which case more depth certainly wouldn’t go amiss.

Adrien Rabiot to Liverpool on a free transfer?

As much as anything, players of Rabiot’s quality aren’t available on a free that often, so this undoubtedly looks a decent opportunity for Liverpool to strengthen without needing to spend as much as their rivals like Man City are able to do.

This would be a blow for United, though, who could badly do with signing a player like Rabiot to catch up with Liverpool after such a poor season in 2018/19, with midfielders looking needed at Old Trafford to provide upgrades on flops like Nemanja Matic and Fred.