Napoli will not accept any offers for Kalidou Koulibaly which do not meet his release clause, as Manchester United continue to monitor his situation.

The 27-year-old has emerged as one of Europe’s finest central defenders this season, racking up 42 appearances across all competitions for Carlo Ancelotti’s side.

According to Corriere Dello Sport, United want to bring the Senegalese star to Old Trafford this summer and are ready to table a €95 million bid, but they are unlikely to be successful.

The Italian publication states Napoli have revealed their final transfer stance on Koulibaly, who will not be sold unless his €150 million buy-out clause is met while the market is open.

Stadio San Paulo chairman Aurelio De Laurentiis is unwilling to budge on the price for one of the club’s most prized assets, with United now facing a major transfer blow heading into a crucial summer.

Ole Gunnar Solskjaer is planning to overhaul his Red Devils squad after a disastrous 2018-19 campaign, which saw his side finish sixth in the Premier League.

A leaky defence was one of the main reasons behind United’s struggles, as they shipped a whopping 54 goals in total – missing out on Champions League qualification as a result. 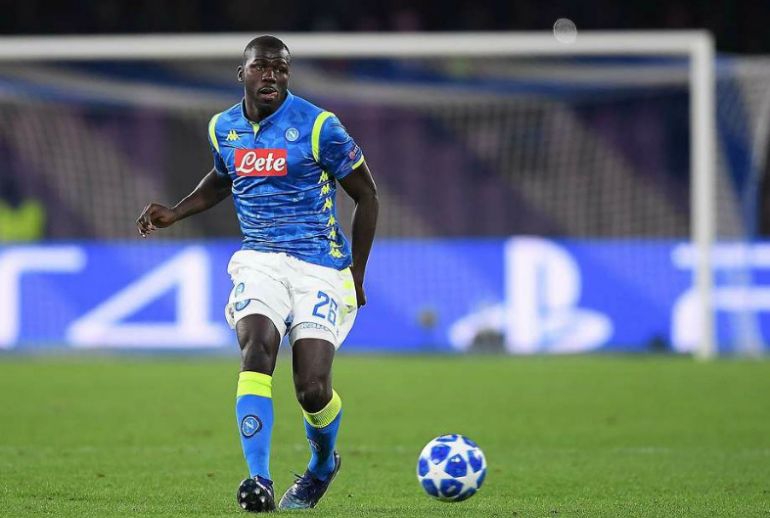 Koulibaly has the qualities to slot in at centre-back alongside Victor Lindelof in Solskjaer’s starting XI and his leadership skills would surely help restore confidence throughout the team.

However, it now looks as though the Senegal international will be staying in Naples unless United decide to break the bank to land a priority target.

The Napoli enforcer is a world-class player who has already proved his worth on the biggest stage, but the Red Devils would be ill-advised to spend most of their transfer kitty on just one player.

A number of high-quality reinforcements will be needed for United to stage a revival next season and Solskjaer must now look at alternative defensive options with Koulibaly’s future seemingly still in Serie A for the time being.