Paris Saint Germain defender Thomas Meunier is still reeling from a Champions League exit at the hands of Manchester United amid strong links to the club.

The French champions were knocked out of the continental competition at the last-16 stage this season, despite winning the first leg of their tie against United 2-0 at Old Trafford.

Ole Gunnar Solskjaer’s men staged an unlikely comeback at Parc de Princes to win 3-1 and progress on away goals, which continued PSG’s recent run of failures in Europe.

Meunier, who came on as a substitute in the second leg, has opened up on his disappointment after the shocking defeat, admitting he still cannot believe that United came out on top.

He told Le Parisien: “The match against Manchester [United] is just the biggest joke in football history.

“I could have put a million euros that we could not lose. Not to qualify, it was really catastrophic. Everyone is well aware of this.

“The Champions League is still the major problem. The communication was made about this internationalization, about winning this competition, to be part of the big ones like Real, Barça. It will take a long time for that, but PSG is a club that grows.” 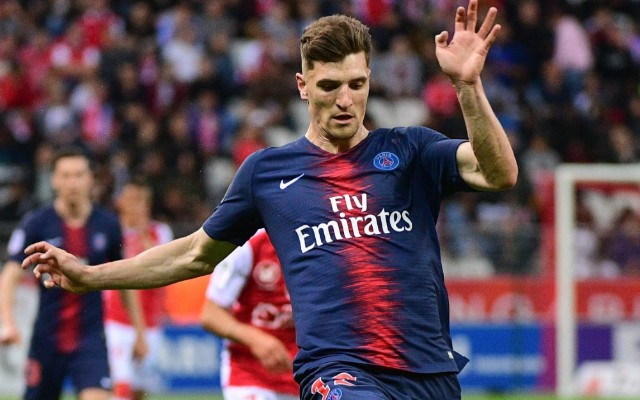 According to Goal, the Belgian full-back is a summer target for both the Red Devils and Arsenal, with only one year remaining on his current contract with PSG.

Meinier went on to discuss his future plans, revealing he would prefer to sign fresh terms with the Ligue 1 outfit and stay in Paris long-term, but he is also open to leaving the club if he is deemed surplus to requirements.

“The club knows my idea of staying. I think that if we do not have a return, there is another solution that could be arranged,” he added, as per Le Parisien.

“[Leaving on a free] is something that could suit me. I do not think the club would expect a lot of money for me, actually. I have a market value, but I’m a defender, I play one game in three and I’m going on 28 years old.

“If the club tells me: ‘Listen, we want to sell you, we need money, there is financial fair play’, and that I will not play next year, we will find a solution that will arrange the two camps, of course.

“There is no advanced contact. There have been phone calls since January with interested clubs. There are a dozen clubs, all of which are in the top five of their leagues.”