Napoli have reportedly decided to keep goalkeeper David Ospina on a permanent transfer deal from Arsenal after having him on loan in 2018/19.

The Colombia international struggled to establish himself as first choice in his time at the Emirates Stadium, and an exit from the club does not come as a big surprise.

According to Il Mattino, Napoli will now make their move to try to keep Ospina, and hope they can get him on the cheap.

The report explains that the Serie A side could have automatically purchased him for around £3.1million if he’d played 25 games for the club.

However, he stopped on 24 appearances in Carlo Ancelotti’s side, so Il Mattino claim they will now try to negotiate that price down.

In truth, with Petr Cech retiring at the end of this season, Arsenal could perhaps do with someone like Ospina back at the club as a backup option to Bernd Leno.

Still, after enough chances to impress for the Gunners, most fans probably won’t miss Ospina much if he is sold this summer. 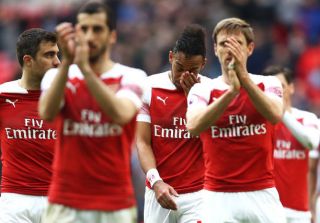