Manchester United are on the verge of agreeing on a deal to sign Swansea winger Daniel James, with negotiations now progressing quickly.

Ole Gunnar Solskjaer is planning a major overhaul at Old Trafford this summer, after a poor 2018-19 campaign which saw his side finish sixth in the Premier League table.

In order for United to return to the Champions League next season, reinforcements will be needed and the Norwegian boss is thought to be eyeing talented young players in the current market rather than marquee names.

According to the Evening Standard, Swansea’s exciting attacker Daniel James is now set to become Solskjaer’s first signing at Old Trafford, with talks over a transfer now at an advanced stage.

ES reports that the two clubs were at an impasse over the Welshman’s fee, with Swansea demanding around £20 million for their prized asset. 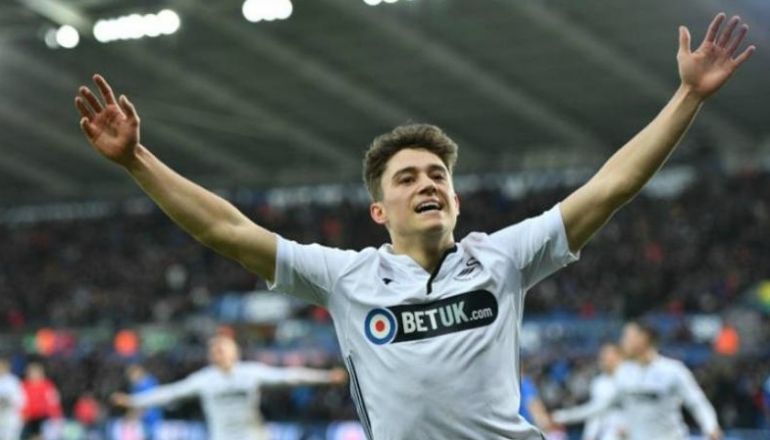 AS Monaco have now also expressed an interest in James, which has forced United to try and push through a deal quickly and it now looks like an official announcement could be imminent.

The 21-year-old reportedly favours a move to Manchester and has already dismissed interest from the likes of Leeds and Brighton, with it his desire to make the step up to one of the world’s biggest clubs.

James is a versatile talent capable of playing on either flank or through the middle, with pace to burn and a penchant for creating openings in the final third of the pitch.

United lacked a dynamic threat up front last season and the Wales international could be exactly the kind of player Solskjaer needs to start his revolution.

Given his age and quality, £20 million is a small price to pay and if the Red Devils can push this deal over the line it would represent a huge step in the right direction for the club ahead of a crucial 2019-20 campaign.