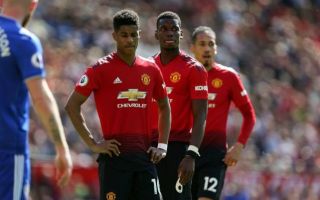 Manchester United defender Eric Bailly has responded after he was spotted liking some posts criticising his Old Trafford team-mates Paul Pogba and Marcus Rashford on Instagram.

The Ivory Coast international was seen to have liked comments relating to a potential Man Utd XI for next season, with some fans posting negative things about both Pogba and Rashford.

It is perhaps not too much of a surprise to learn, however, that this was not actually Bailly, as the tweet below shows him explaining that his account had been hacked and that he rates the French midfielder and English forward highly.

Eric Bailly says he didn't 'like' those comments about Marcus Rashford. Hacked. pic.twitter.com/07e8TYzDzg

Bailly will certainly need to take better care of his social media accounts in future, with stories like this having the potential to really snowball in this day and age.

In fairness, though, it could undoubtedly have been much worse, with a few stray likes here and there actually pretty generous from whoever got in to the former Villarreal player’s account.