Van de Beek is one of many Ajax players who’ve been a joy to watch this season, with the club winning the Eredivisie title and making a surprise run to the semi-finals of the Champions League.

A number of their star names have since been linked with big moves, with defender and club captain Matthijs de Ligt attracting particular interest with links to Manchester United, Barcelona, Juventus and Liverpool.

However, the Reds may now also be after his team-mate Van de Beek, who seems ideal for their style of play.

The 22-year-old weight in with a hugely impressive 16 goals and 12 assists in all competitions for Ajax, and would surely be a great fit at most top clubs around Europe.

Still, it seems Liverpool boss Klopp may be the one showing the strongest interest.

“Van de Beek would be a perfect player for Liverpool,” Van der Gijp is quoted by Voetbal Primeur. “He is exactly what Klopp is looking for. 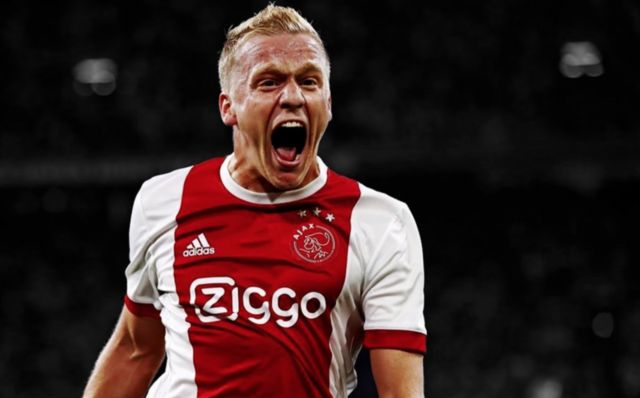 “Someone with a lot of walking ability, who never gives up at home and also has scoring ability. He needs that in midfield. Will the midfielders shoot the target once? I don’t think so. They haven’t even been around yet.”

“Van de Beek would be a player for Klopp with his way of playing.”