Liverpool superstar Virgil van Dijk has a message for his international teammate Matthijs de Ligt, the highly-rated ace is catching the eye of Europe’s biggest clubs.

According to Mirror Football, Liverpool defender Virgil van Dijk believes that international teammate Matthijs de Ligt is such a talented player that wherever he decides to move to this summer, it will prove to be the right decision.

De Ligt is attracting the interest of some of the biggest clubs in the world after his sensational performances for Ajax last season, the centre-back captained the Amsterdam side to a domestic double and was one of the key reasons why the Dutch side defied the odds and reached the Semi-Finals of the Champions League.

As per the report; Barcelona are still favourites to sign the ace but interest has cooled with the star’s agent, Mino Raiola, encouraging the ace to entertain the interest of both Liverpool and Juventus. 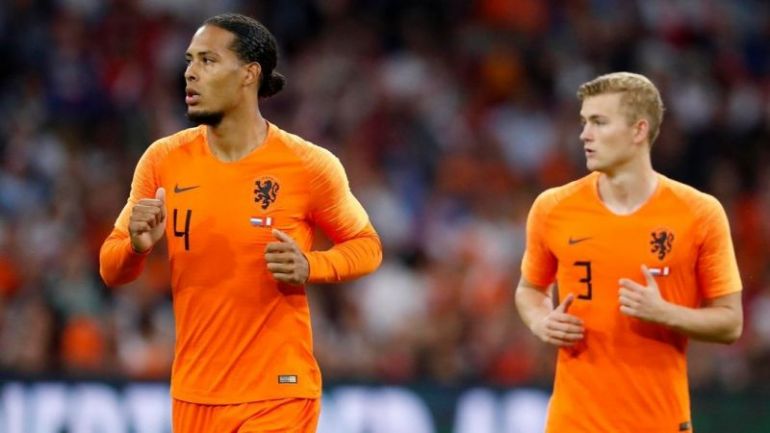 Fallen giants Manchester United are also interested in securing De Ligt’s signature, the Red Devils were reportedly ready to blow their rivals out the water with a staggering contract offer. According to The Mirror, Ole Gunnar Solskjaer’s side are willing to pay the youngster £350,000-a-week – the entire contract would be worth a mammoth £17m.

Here’s what Van Dijk had to say on the 19-year-old:

“I think Matthijs is a fantastic player and any decision he makes will be the right one for him.”

The Reds would certainly be expected to defend their Champions League title next season if they were to capture De Ligt this summer, the pairing of De Ligt and Van Dijk would be near unstoppable.