Arsenal are reportedly interested in signing CSKA Moscow forward Fyodor Chalov, having seen him in action up close in the Europa League.

The 21-year-old netted 18 goals in 41 matches for the Russian outfit across all competitions last season, earning plenty of attention from top European clubs in the process.

The prolific striker finished as top scorer in the Russian Premier League and according to Sky Sports, Sevilla and AS Monaco are monitoring his situation closely.

Arsenal are also eyeing a possible transfer swoop for Chalov, who scored against them in a Europa League quarterfinal second leg back in April.

The Russia international lined up for his country for the first time in a European Championships qualifier against Belgium in March and he has been tipped for a bright future at the highest level.

He even managed to hit a brace against Real Madrid during a 3-0 win at Santiago Bernabeu in the Champions League group stages, which underlines his unique confidence and ability.

Arsenal are in need of attacking reinforcements this summer with Danny Welbeck on his way out of the club and Aaron Ramsey all set to join Juventus next month.

Chalov has three years remaining on his current deal with CSKA but Transfermarkt states he is currently valued at around £10 million, which is a bargain price for such a talented young prospect. 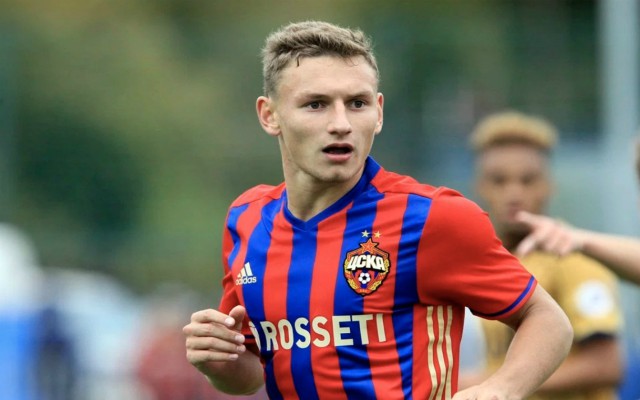 Chalov in action for CSKA Moscow

Unai Emery’s first season with the Gunners was promising, but he ultimately failed to secure a top-four finish or win any silverware at the Emirates Stadium.

He is also unlikely to be operating on a large transfer budget after missing out on Champions League qualification, which is why shrewd investment over the next couple of months is essential.

Chalov might not yet be ready to replace either Pierre Emerick Aubameyang or Alexandre Lacazette in Arsenal’s line up but he could certainly provide extra support up front while honing his craft in one of Europe’s top leagues.