River Plate midfielder Exequiel Palacios has confirmed he is the subject of interest from Arsenal and admits he is “proud” to be linked with the club.

The 20-year-old has emerged as one of the brightest prospects in South America over the last couple of years, attracting interest from a number of top European clubs in the process.

According to Metro Sport, the highly-rated Argentine was all set to complete a £20 million switch to Real Madrid last year before an unfortunate injury scuppered the proposed deal.

Palacios is back on the market again now and Metro Sport reports that Arsenal are thought to be the new favourites in the race to secure his services.

The Gunners have been handed a major boost in their pursuit of the River Plate star this week after he revealed he is flattered by ongoing links to the Emirates Stadium.

As per Metro Sport, Palacios stated: “I’m proud clubs like Real Madrid and Arsenal are interested in me.”

Arsenal are in dire need of new recruits after a disappointing 2018-19 campaign which saw them finish fifth in the Premier League and miss out on Champions League qualification. 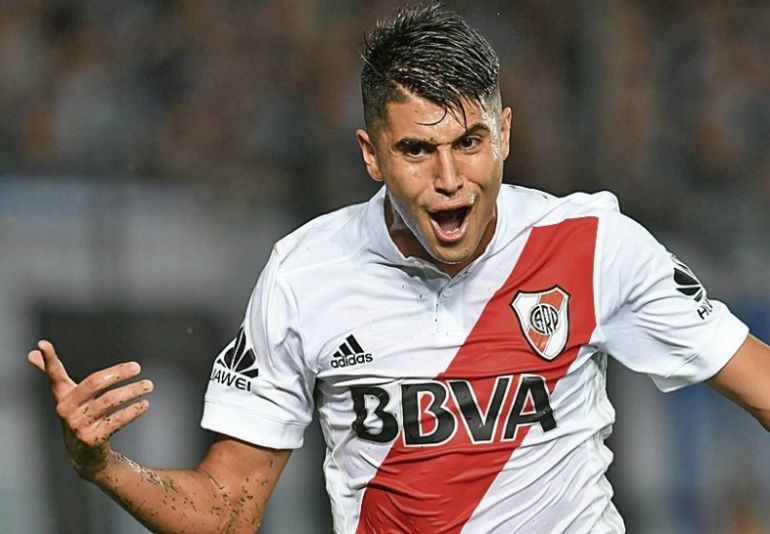 Palacios in action for River Plate

Welsh playmaker Aaron Ramsey will complete a transfer to Juventus this summer and it is vital that the club bring in a suitable replacement, but Unai Emery is unlikely to be granted a huge budget.

Metro Sport states that Palacios has an £18 million release clause in his current contract, which makes him a bargain option for Arsenal to consider now that the market is open.

Given his age and talent, that initial investment could pay off considerably over the next few years and if they beat Real Madrid to his signature it would represent a huge transfer coup for the north Londoners.

Palacios has been tipped for a bright future at the highest level and Arsenal could be the ideal place for him to develop, but it remains to be seen whether or not the club will launch an official bid.