Arsenal have reportedly made a bid of around £12million to seal the transfer of highly-rated young Club Brugge striker Emmanuel Dennis.

The 21-year-old Nigerian is a highly rated prospect and is also being chased by Lyon and Fenerbahce, according to Turkish source Fanatik.

Dennis is not the big name most Arsenal fans will be craving at the moment, but the reality is that this looks like the kind of market they’re going to have to be competing in for now.

The Gunners missed out on qualification for the Champions League for the third season in a row in 2018/19, and so have to make do without the extra money that brings.

Still, it gives the club an opportunity to try to identify the world’s best young talent and bring in quality players on the cheap, which has been done to good effect by their rivals Tottenham in particular.

Dennis seems like he could well be a good find by Arsenal, though of course Fanatik do suggest they’ll still have to see off competition for his signature despite their £12m offer. 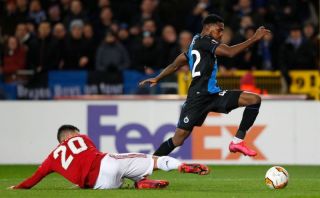